Andrology is a subspecialty of Urology which involves treatment of various conditions causing male infertility and male sexual dysfunction. In short, Andrology deals with male reproductive health, a counterpart to Gynaecology.
The late arrival of the andrological discipline on the stage of modern medicine gave it the advantage of utilizing all the modern achievements of basic and clinical science, from molecular biology to genetics, reaching levels of high quality. NU Hospitals is one of the few centres to proudly have a dedicated Andrology unit with up-to-date infrastructure offering international expertise. 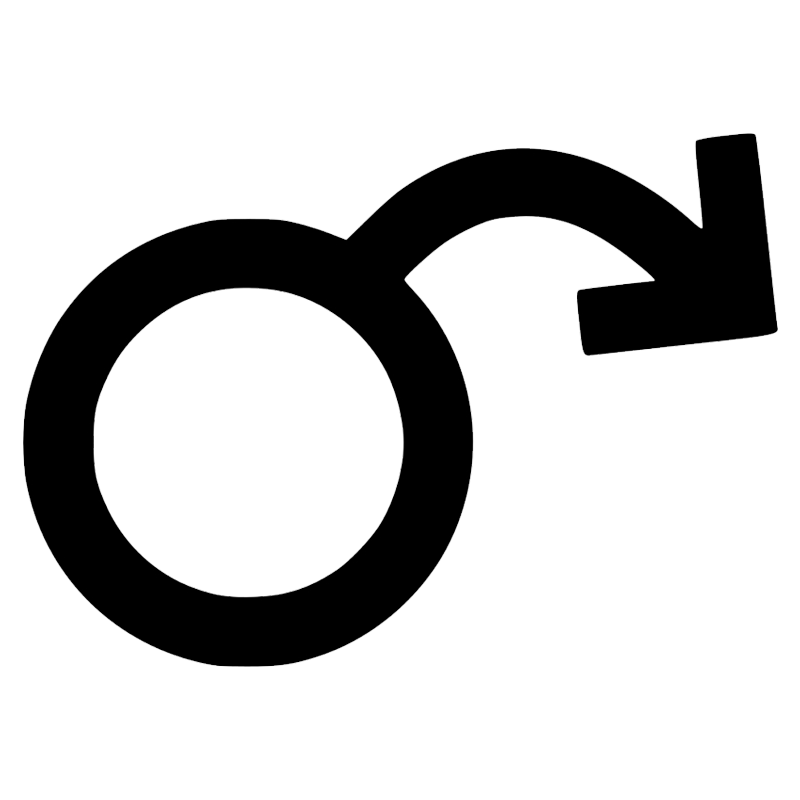 Erectile Dysfunction (ED) is a persistent inability to achieve or maintain an erection that is firm enough to have sexual intercourse. 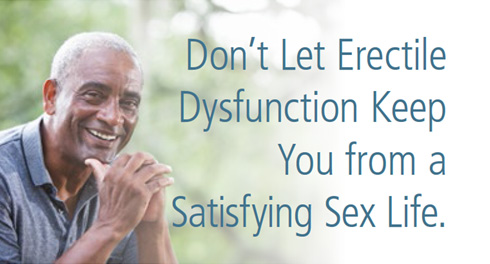 How common?
In a study from John Hopkins Institute in 2007, the overall prevalence of ED in men aged above 20 years was 18.4% suggesting that ED affects 18 million men in the USA. Among men with diabetes, the prevalence of ED was 51.3%, so it’s a fairly common problem.

Penile Doppler scan with an injection may be required occasionally in special situations.

Whatever is causing ED, there is a treatment option that can provide a satisfying solution.

If you try one of the treatment options listed and it doesn’t work for you or you aren’t completely satisfied, don’t be discouraged and give up hope.

These treatment options have varying degrees of success for each man depending on the cause of the ED. Irreversible blood vessel or nerve damage may impact the success of some of these treatments.
It is important to know all of your available options and discuss them with your doctor to determine which will be appropriate for you and your lifestyle.

Oral medications:
These drugs are known as phosphodiesterase type 5 (PDE-5) inhibitors. They work to relax muscle cells in the penis for better blood flow and to produce a rigid erection. These medicines work in about 7 out of every 10 men with ED. They can be effective regardless of age or race. However, they only work if a man is sexually stimulated. Their effects last for only a set amount of time. Men should take these medications 30-60 minutes before sexual activity. These drugs do not treat a lack of sexual desire. As with any drug, some men may experience side effects when taking PDE-5 inhibitors. The most common are headaches, flushing (redness) of the face, runny or stuffy nose, upset stomach, dizziness and muscle aches. Those side effects are usually mild-moderate, but taking these drugs with alcohol may make them worse. Be sure you tell your doctor about all drugs you are taking, including prescriptions, over-the-counter medications or supplements or recreational drugs before you take any PDE-5 inhibitors.

Penile self-injection:
Alprostadil (Prostaglandin) Injection therapy uses a needle to inject medication directly into the base or side of the penis. These medications improve blood flow into the penis to cause an erection. The recommended frequency of injection is no more than three times weekly and should produce an erection in 5-20 minutes. Beyond a possible fear of needles, men may experience pain, fibrosis and risk of a persistent erection with these injections. 60-65% of men discontinue this mode of treatment after 1 year. 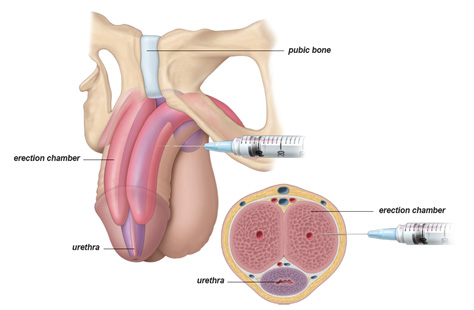 Vacuum Erection Devices (VED):
A mechanical ED pump used to pull blood into the penis can cause an erection. The system includes a plastic cylinder, an external penile pump and a tension band to place at the base of the penis. When the penis is erect, the ring is placed at the base to maintain an erection long enough to have sex (up to 30 minutes). This is a drug-free non-invasive method of treatment, but the person will not be able to ejaculate soon after the orgasm due to a constrictive ring at the penile base. 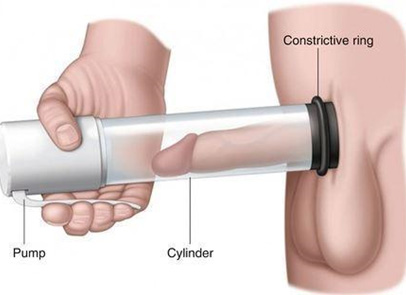 Penile Implants:
In use since 1971, penile implants have helped many men return to active sex life. A penile implant is a medical implant that is implanted into the penis in the operation theatre. The implant is entirely concealed within the body. Two basic types of implants are available. With malleable or bendable implants, two silicon-type cylinders are inserted into the penis. To have an erection, a man bends his penis upward into an erect position. The second type, an inflatable implant has a pair of inflatable cylinders which is attached to a fluid reservoir and a pump hidden inside the body. To have an erection, a man presses on the pump. This transfers fluid into the cylinders, making the penis rigid. To return the penis to a natural flaccid state, the pump is deflated. 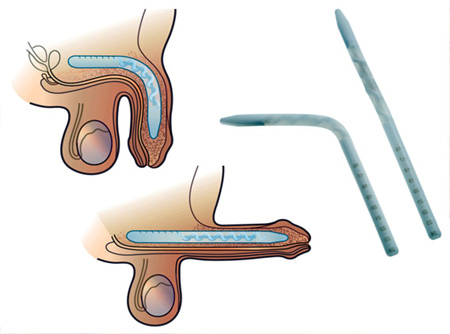 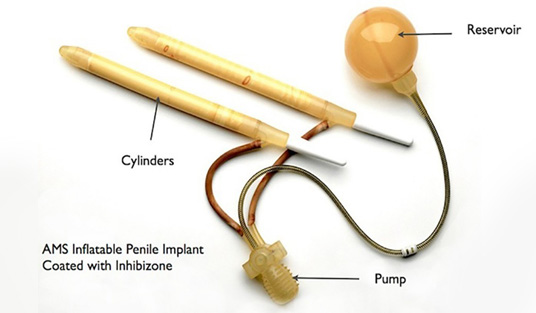 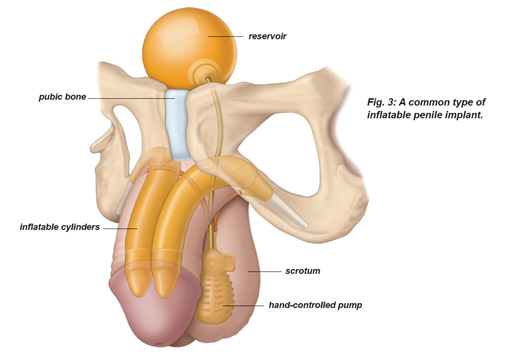 Premature Ejaculation:
Premature ejaculation is when semen is released sooner than a man or his partner would like. PE might not be a cause for worry. But, PE can be frustrating if it makes sex less enjoyable and impacts your relationship.

A study looking at 500 couples from five different countries found the average time taken to ejaculate during intercourse was around 5 minutes. However, it's up to each couple to decide if they’re happy with the time taken – there’s no definition of how long sex should last. Occasional episodes of premature ejaculation are common and aren't a cause for concern. However, if you're finding that around half of your attempts at sex result in premature ejaculation, it might help to get treatment.

There are many reasons why men have PE. There can be biological, chemical and/or emotional reasons. There may be issues with the brain signals that rule sexual excitement.

Common treatments are behavioral therapy, tablets and creams. Many people try more than one option at the same time.

Retrograde Ejaculation:
It happens when semen travels backward into the bladder instead of through the urethra (the tube that urine passes through). 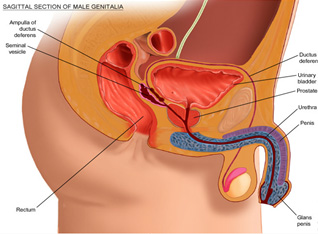 Men with retrograde ejaculation still experience the feeling of an orgasm and the condition doesn't pose a danger to health. However, it can affect the ability to father a child.

Prostate gland surgery or bladder surgery is the most common cause of retrograde ejaculation. Other causes are diabetes, multiple sclerosis and a class of medicines known as alpha-blockers, which are often used to treat high blood pressure (hypertension).

Most men do not need treatment for retrograde ejaculation because they are still able to enjoy healthy sex life and the condition does not have adverse effects on their health.

Men who want to have children can have sperm taken from their urine for use in artificial intrauterine insemination (IUI) or in-vitro fertilization (IVF). 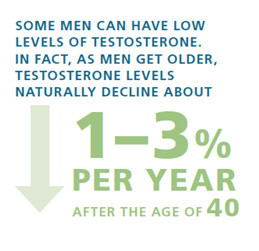 Symptoms:
Hypogonadism can occur at any age. The symptoms will be different depending on your age when it develops. Common symptoms in adult men include:

Diagnosis:
Male hypogonadism is diagnosed based on: 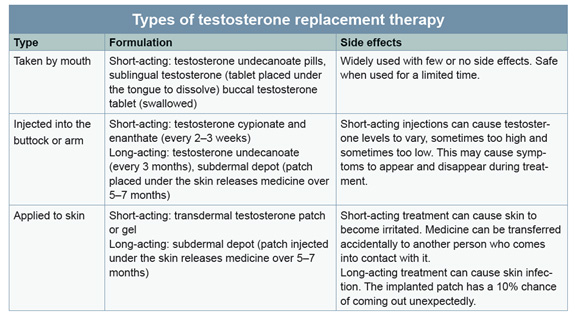 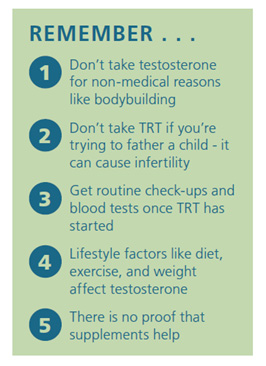 Penile curvature could be from birth (congenital penile curvature) or acquired later in life (Peyronie’s Disease). One will usually notice a curved penis only during the penile erection and not when the penis is flaccid (resting state).

Congenital penile curvature although present since birth will become obvious during erection when he reaches puberty or early adult life.

Peyronie’s Disease is caused by the way a person’s body heals wounds. Injury or damage to the outer tissues of the penis causes scar-like tissue (plaque) to form. 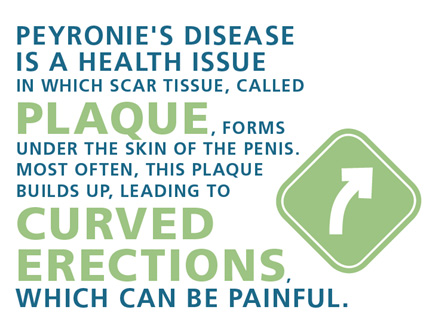 “Peyronie’s was named after the French surgeon François Gigot de La Peyronie, who described it in 1743”

PEYRONIE’S DISEASE IS NOT A DISEASE YOU CAN CATCH FROM SOMEONE ELSE AND IT IS NOT CAUSED BY ANY KNOWN DISEASE THAT CAN BE PASSED TO OTHERS. 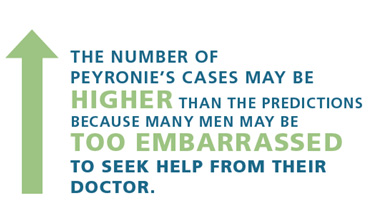 Peyronie’s disease usually occurs in two phases — the acute (or active) phase and the chronic (or stable) phase. The first painful phase can last up to about 18 months. For most men, the chronic or stable phase begins 12-18 months after symptoms first appear. 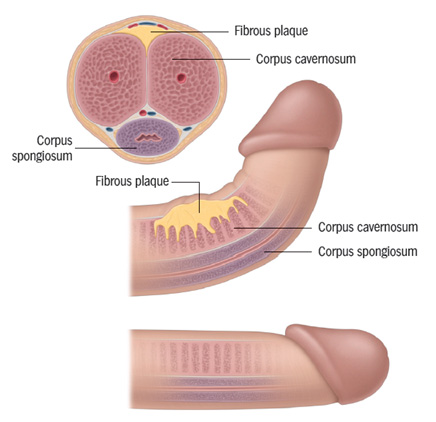 Signs of Peyronie’s disease may involve: 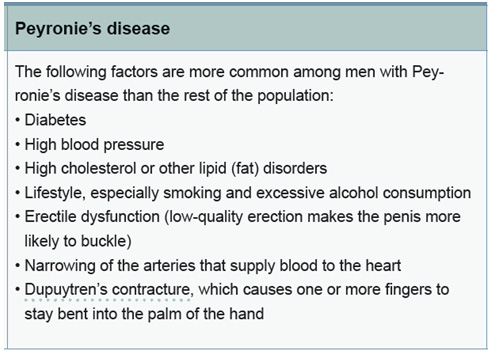 Non-surgical treatments may include tablets, penile traction devices and shots/injections directly into the plaque which brings higher doses of the drug directly to the problem.

Surgery is an option for men with severe penile curvature that find it difficult to have sex. There are three surgeries used to help men with Peyronie’s Disease: 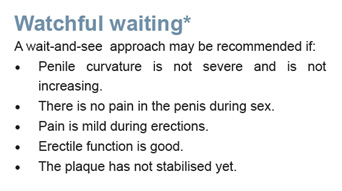 Priapism is a rare condition involving an erection that lasts for an unusually long time. It can be painful. This type of erection is not related to sexual stimulus. Immediate treatment is important to prevent tissue damage and erectile dysfunction (ED).

Priapism got the name from Priapus. Roman statue showing Priapus – the god of fertility. The distinguishing feature of the deity is the great erect penis, which was to symbolize the economic well-being of the owners of the House of the Vettii in Pompeii.

There are two types of priapism:

Priapism happens when blood flow to the penis doesn’t work correctly. Some things that could cause this are:

Ischemic priapism (most common, 95%) calls for emergency care. Blood must be drained from the penis. There are several ways to do this:

Nonischemic priapism (less common, 5%) often goes away without treatment. Simple ice and pressure on the perineum may help end the erection. A watch and wait approach is used before surgery.

Abnormalities in sperm due to various reasons can deprive an otherwise happy couple of having a child. Of all infertility cases, approximately 40–50% is due to “male factor” infertility. 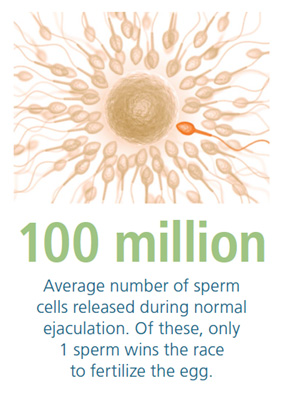 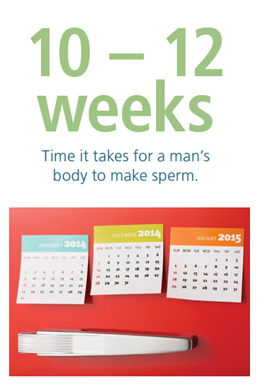 A recent international study analysis revealed that there is a significant decline in sperm counts between 1973 and 2011, driven by a 50-60% decline among men from North America, Europe, Australia and New Zealand. The reasons could be multifactorial being birth defects, genetic abnormalities, radiation exposure, lifestyle changes, exposure to various toxins, stress or sometimes unknown.

In such conditions with abnormalities in semen/sperm, one has to approach the Andrologist for possible solutions without much delay because the fertility potential of a couple decreases significantly with advancing age.

Diagnosis:
Both male and female partners have to be simultaneously investigated, to categorise infertility. Depending on several factors such as testicular size, previous scrotal surgery and hormone levels, the Andrologist will decide which would be the best option. What other options are available if no sperms are found with surgery?

A varicocele is when veins become enlarged inside your scrotum (the pouch of skin that holds your testicles). These veins are called the pampiniform plexus. About 15 out of 100 men have varicoceles. It's hard to predict which of these 15 will have fertility problems caused by their varicocele. But about 4 in every 10 men tested for fertility problems have a varicocele and decreased sperm movement. Varicoceles can affect fertility by reducing blood flow and raising the temperature of the testicles. This can cause the testicles to produce fewer sperm and sperm that is produced might not be healthy.

Often, varicoceles are not treated. Treatment is offered for males who have:

There are no drugs to treat or prevent varicoceles.

There are many ways to do varicocele surgery. All involve blocking the blood flow in the pampiniform plexus veins. Microscopic varicocelectomy with a micro doppler gives the best results.

It's time men came forward to get a simple vasectomy done instead of forcing their wives to get complex tubectomy done as a birth control measure. Vasectomy procedure takes around an hour (including the anesthesia time) and is a day-care procedure. After the surgery, one should wait for 3 months to check the semen (or 20 ejaculates, whichever comes first) to see if you’re sperm-free. Till then, one should wear a condom during sexual intercourse.

Males who want to know their fertility status prior to their marriage can get themselves examined and evaluated with appropriate investigations. This involves:

In general, men have poorer health habits and a shorter life expectancy than women. This may be because they are more likely to engage in unhealthy behaviour and are less likely than women to adopt preventive health measures. But men’s health issues don’t affect only men- they have a significant impact on their family and friends too. Unfortunately a lot of issues particularly the ones having to do with sex or masculinity are very hard for men to talk about.

Men’s health clinic involves the evaluation of the following: Dr. Pramod, as a visiting Andrology Fellow with Prof Dr. Craig Niederberger at the University of Illinois at Chicago (UIC), USA.